ÆSIR Technologies (formerly known as ZAF Energy Systems) received a Phase I NSF SBIR to research and develop a Rechargeable Aqueous Hybrid Battery (ReHAB) at the end of 2019.  Since the start of the program, we have made tremendous progress in scaling the chemistry to a pouch cell and developing the major components of the battery. 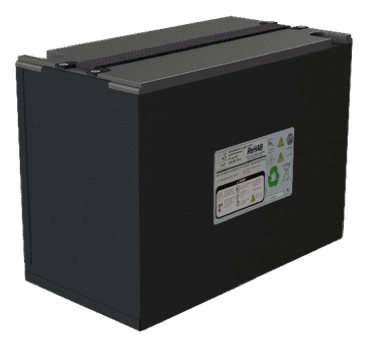 The ReHAB battery will provide at least 3x the cycle life, 2x the energy density, and 2x the specific energy of lead-acid with a non-toxic, non-flammable chemistry. ReHAB will outperform lead-acid without the fire and safety concerns of lithium-ion and is expected to be particularly attractive to customers needing to exceed lead-acid performance without the safety risks associated with lithium-ion. Unlike lithium-ion batteries, ReHAB does not have thermal runaway issues and can operate over a wider temperature range, due to the aqueous electrolyte. Furthermore, the zinc-based ReHAB being developed by ÆSIR is fabricated with globally abundant materials, complies with region specific restrictions on hazardous substances, and can be recycled. The ReHAB chemistry is also cobalt free. Based upon early testing results, engineering projections for a 48V 8D ReHAB battery, competes very favorably to 48V lithium iron phosphate (LFP). While outperforming LFP in most categories, the ReHAB battery projects to be less expensive, safer, and is also recyclable.

ReHAB: a vision for the future

ÆSIR plans to deliver a ReHAB battery technology to the market that will provide a high efficiency rechargeable battery for stationary and renewable energy storage applications.  ReHAB utilizes the high specific energy density of lithium intercalation electrodes combined with inexpensive, nontoxic zinc electrodes.  The electrolyte is nonflammable, water-based, and more conductive than non-aqueous electrolytes, which makes these cells a safe alternative battery chemistry.  ReHAB cell components are not sensitive to moisture, and the battery is able to be formed and distributed to customers within several days.  This makes the manufacturing process easier, less expensive, and much faster than lithium-ion batteries, as expensive dry rooms, gloveboxes, and large amounts of formation equipment are not needed during cell fabrication.  The ReHAB battery in a 48V 8D format sized for stationary energy storage is projected to cost significantly less than lithium-ion. Other initial customers for the ReHAB battery include users with end applications in micro-hybrid electric vehicles, utilities, data centers, and industrial motive, along with the military. 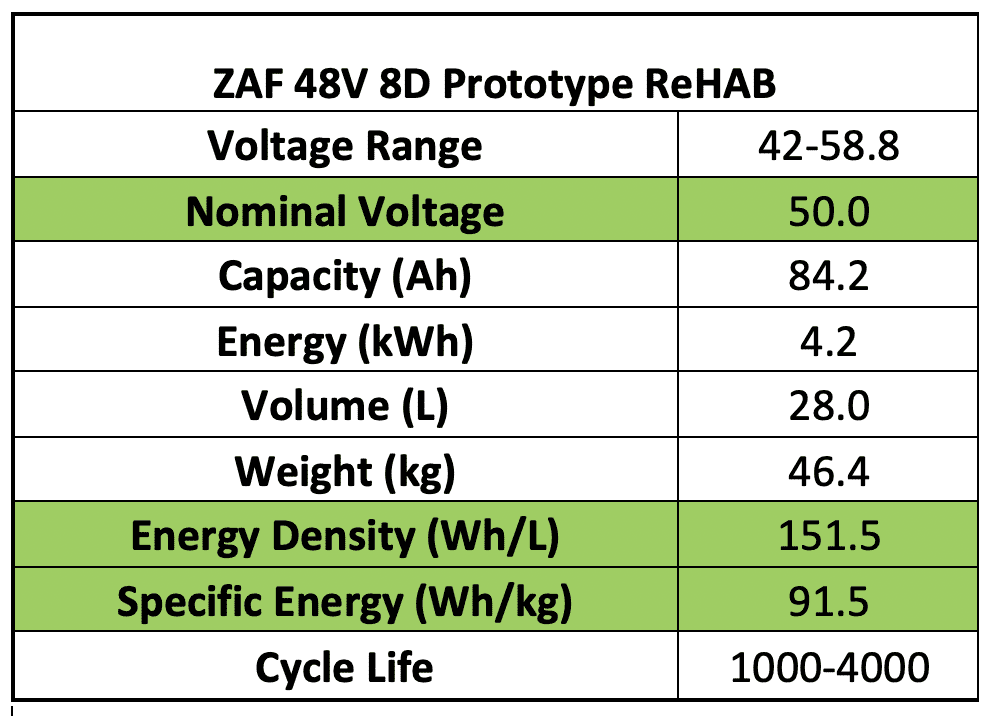